In the year of 1927, the farmer owned potato starch cooperative - Sveriges Stärkelseproducenter, SSF - was formed.
90 years later, the SSF is Sweden's only producer of potato starch and a successful international company that provides high value-added potato-based starches, fiber and protein.

Voices from the organization

From the Andes to Europe

1930sFrom depression to a belief in the future

The 1940sWar, peace and optimism

1950sFocus on environment and rationalization

The 1960sConfidence in the future

Much grain was used during the 1700s for the production of alcohol and starch. The starch was used for the high fashion of this time; powdered wigs and starched clothes. At the same time, the grain was needed to feed the poor and starving population of Europe.

The scientists’ searched for new raw materials as alternative or complement to grain. Botanists around Europe had knowledge of the opportunities of the potato andthrerfore continued to examine the potato plant.

In Sweden, Jonas Alströmer – one of the most prominent leaders of the industrial revolution in Sweden – experimented with the cultivation and breeding of potatoes at his farm in Alingsås.

Gradually, the European leaders realized – with great help of the botanists – that the potato could be the alternative crop they were searching for.

The introduction of the new crop was slow, however. The peasants were suspicious and hard to persuade to put the potato tuber on their fields. The potatoe was blamed for all kinds of problems. In Scotland, for example, farmers refuse to grow potatoes because potatoes are not mentioned in the Bible …

Elsewhere potatoes were accused for being the cause of all sorts of diseases like leprosy, tuberculosis and rickets …
Eat potatoes …? No, at most, it can be used as pig feed … Potatoes were regarded even as something sinful because it was considered to stimulate the ”passion”.

The suspicion of potatoes decreases slowly and in parallel, the cultivation accelerates. Potatoes become a crop that saturates a large proportion of Europe’s hungry population. Thanks to this, mortality is reduced and the population is increasing rapidly.
Now the farmers also start producing potato starch on a craft scale.

Even more spirits
Interest in making spirits of potatoes also rises sharply in Sweden. In 1852, there were about 43 000 ”alcohol producers” in the country, including the homes. This results in widespread social and economic negative consequences for society. In order to overcome the problems, a total ban on all types of alcohol production at home is introduced in 1860.

Following the ban on production of alcohol at home, a large number of cooperative units were formed by the small farmers who cultivated potatoes.

In order to increase the potential for disposing of their crop, they also aimed at the production of potato starch.

The technology is now being developed from pure craft manufacturing at the farms, to small but more industrial operations.

Mrs. Ömke in Gothenburg, in 1845 retains the privilege of making and selling starch made from potatoes. She points out that potato starch is ”not only far-reaching than that made of wheat, but also useful for cooking, and thus useful to the public in many ways.” One of the first real potato starch factories in Sweden is started in 1878 in Hemmingsmåla in the South eastern part of Sweden. The year after, a larger starch plant starts up in Gåragöl not far from there.

In the early 1900s, the cultivation of potatoes and the production of starch is concentrated to the southeastern parts of Sweden. Of the country’s approximately 100 starch factories,  around 90 are located in the Blekinge County and the northeastern parts of Kristianstad County.

Around 1912, a group of merchants from Gothenburg decide to start their own starch plant. The choice of location falls on the closed brewery’s old premises in the small town Lyckeby in eastern Blekinge. The starch production starts in 1913. The business is not a success due to high raw material and production costs and the plant is closed. The following year, they start a new company – Lyckeby Glucose – for the production of glucose from potato.

As a consequence  of the First World War, regulation of agricultural products was introduced. All potatoes grown was now needed for food.

In the years following the end of the war, in 1918,  the restrictions were released, allowing the cultivation of potatoes, as well as the use of potatoes as raw material for production of spirits and starch.

During the  early 1920s, the numerous starch plants tries to find models of cooperation to achieve a stable market position.

Many, long and intricate discussions are being held between the starch unions. The discussions lead to several attempts to cooperate but the attempts lead nowhere.

Finally in 2027 a majority of the many small starch cooperatives agree to join together in a common sales organisation. The name is Sveriges Stärkelseproducenter (Swedish Starch Producers Association). This long name was in in everyday speech shortened SSF.

The first head office was located in Karlshamn. in 1929 SSF, acquires the closed Lyckeby Glucose unit. It is now the name and brand of Lyckeby emerges in the SSF cooperative.

1930sFrom depression to a belief in the future

The severe economic depression following the Wall Street Crash of 1929 is plaguing the world.

This hits hard even towards the agricultural companies that can not sell their products.

Stability and confidence
In Sweden, a deal was made between the government and one of the leading parties.

Through this agreement  a tough stand was taken against unemployment. It introduced price regulations on agriculture products, financial support from the state, import tariffs and more stable prices for agricultural products.

For SSF and the potato growers this gave confidence and stability through fixed production quotas and safe sales to fixed and higher prices.

The industry responded to this by investing in the future and, among other things developed quality measures for potatoes and effective methods for control of potato late blight.

The 1940sWar, peace and optimism

The interwar period was characterized by a strong need for rationalization and the starch industry was no exception. An investigation advocated, for example, that all the starch factories in Sweden should be replaced by one single giant factory.

This scenario was never realized.

World War II intervened with rations and regulation. The potatoes grown was once again needed for food.

When peace finally came in 1945 and the economy began to recover, the rationalization of the industries again started and the pace of closure of the smallest starch factories increased even more.

By now, the cultivation of potatoes is concentrated in southeastern parts of Sweden.

At the starch factory, measuring the starch concentration in the potato.

1950sFocus on environment and rationalization

During the 1950s, it begins to be clear that industrial emissions generally have a negative impact on the environment.

Authorities begin to set limits and require industries to take responsibility and to reduce emissions.

For the SSF, it is primarily emissions of nourishing process water, that is the problem. At this time it is released untreated into lakes, rivers and seas, which do great harm to the ecosystems.

SSF now develops and streamlines a new manufacturing technology which almost cuts the need for water by 50 percent, from 5-6 cubic meters/per tonne of processed potatoes to 3-4 cubic meters/tonne.

In doing so, it becomes possible to utilize the process water as fertilizer and to start useing it on the pastures near the factories.

The structural rationalization and environmental requirements continue to drive the closure of the small outdated starch factories. When the new Mörrum starch factory was completed in 1958 it replaced seven plants.

Work at the Jämshög Starch factory  – one of the old unrational starch units that were closed during the 1950s.

The 1960sConfidence in the future

The industrial rationalization that took off after World War II continues with increased intensity.

During the years 1960-1964 almost all the remaining starch factories are closed down. The new production sites are effective. Their production capacity is just over 100 tons of starch/day compared to 2-3 tonnes/day for the factories that were closed down.

The effects of increased advice and knowledge among the growers leads to increased yields of potatoes (tonnes of potatoes/hectare) anda  higher starch content (percent starch) of the potatoes. In parallel, the acreage used for growing potato diminishes.

Increased competition from international starch producers puts pressure on the SSF development department to evolve and adapt the product portfolio to an increasingly demanding market.

The first generation of functional starch products for food and technical industries are presented to the markets.

Environmental requirements are continually being tightened and again, SSF accepts a new water-saving challenge for the starch extraction. Through this new innovative process technology, the need for process water is dramatically decreased from 3-4 cubic meters/ton processed potatoes to about 0.7 cubic meters/ton.

The spin-off result is ”Fruktsaft” (potato fruit juice), a concentrated ”waste product” so rich in nutrients that it makes it is profitable for potato growers to collect and spread it as fertilizer.

In the 1980s, in order to compete and succeed on the international market,  a joint-venture with the US company National Starch is initiated. The collaboration was ongoing for 10 years and provided many new skills and valuable international contacts to SSF and Lyckeby.

The spice company Culinar was acquired.

Sweden enter to the EU in 1995. This offers economic advantages for starch potato growers. Higher prices for starch allows the cultivation and starch production to increase with about 20 percent.

Sales of starch is intensified partly via Culinar in Sweden and the newly established companies in Poland and Russia. Agreements are signed with distributors in many countries.

A starch industry is acquired in Inner Mongolia, China. After ten years the company was taken over by a Chinese partner. The time in China provided many valuable experiences and inputs, which led to the the establishment of a sales company in Shanghai.

The meaning of the word globalization becomes clear during the first decade of the new millenium. Technical progress delivers Internet and speed in communication. SSF reorganizes often to keep up with the changes.

2003
The Group is reorganized into two business areas: Lyckeby Culinar for Food products and Lyckeby Industrial for technical products.

2007
Investment in a new starch derivatives plant in Nöbbelöv, Sweden. 2009
Investment in a plant for extraction of potato protein in Nöbbelöv, Sweden.

2010-2013  – another period of rapid reorganizing of the SSF group to put focus on the core businesses starch and taste.

2010
Solam was formed; a technical starch development and sales company, jointly owned by the Emsland, Germany.

2011
Last starch campaign with subsidies from the EU.

New environmental standards imposed from 2016 are forcing innovation further. A decision is made to build a separate plant for evaporation of potato fruit juice at Nöbbelöv, Sweden.
The effect is both cleaner water, and a new highly concentrated organic fertilizer – Lyckeby Organic – launched with great success to the farmers.

Decision to invest in modern packaging equipment at the spice company Culinar, Sweden.

2012
Decisions on major investments in a new blending facility at Culinar, Sweden.

2013
Decisions on expansion of the native potato starch capacity in Nöbbelöv, Sweden.

2015
Decisions on investments in the Lister Factory: a new potato protein factory and plant for concentrating of potato juice.

2016
Strategic plan for 2021, providing a comprehensive picture of the coming years’ and the need to invest in technology, organization and marketing.

Swedish University of Agriculture SLU,  in cooperation with Lyckeby present a new variety of potato starch which consists entirely of natural storage stable amylopectin.
The new potato will be the first developed with the help of CRISPR-Cas9 technology.

Decision to invest in a new production facility for liquid flavour products at Culinar, Sweden. Liquid flavor products is a growing and profitable segment with great potential.

2017
Planning for investment in expanded capacity for food in Lyckeby. 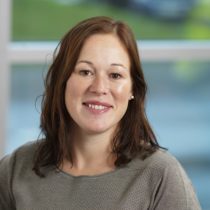 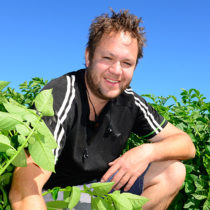 Gunnar Persson and Per Persson / Members in Sveriges Stärkelseproducenter, SSF What are the members' expectations on the SSF in the future?

Pål Nilsson / Chairman of the Board Long-term and stable cooperative